Warning: "continue" targeting switch is equivalent to "break". Did you mean to use "continue 2"? in /home/glynhopkins/1MD66W10/htdocs/toleranttraveler/wp-includes/pomo/plural-forms.php on line 210

Warning: Use of undefined constant wp_cumulus_widget - assumed 'wp_cumulus_widget' (this will throw an Error in a future version of PHP) in /home/glynhopkins/1MD66W10/htdocs/toleranttraveler/wp-content/plugins/wp-cumulus/wp-cumulus.php on line 375
 India – TolerantTraveler.com

The world knows Indian music, but Konkani songs are truly unique with a blend of many musical facets. It is western music and yet it is still Indian – true soul music that touches your heart. This compilation contains 22 tracks of the finest the genre had to offer in the 50’s and 60’s, including tracks from Alfred Rose, Lorna, Chris, Perry, Robin Vaz, and many more.

Konkani Songs: Music From Goa made in Bombay 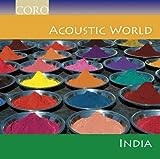